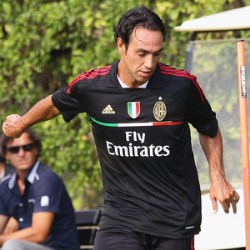 Alessandro Nesta has declared that he has no plans of retiring from the game.

The veteran AC Milan defender, now age 35, has one year left on his current deal at the San Siro.

Reports have suggested that the former Italian international will call time on his playing days when his contract runs out in 2012, but the World Cup winner believes he still has plenty to offer Milan.

Nesta told Milannews.it : “I want to carry on playing football for as long as possible,”.

“I want to put off retirement, but I can see my future still being in football, although I don’t know in what capacity.”

Nesta joined Milan from Lazio in 2002, and has helped the club to two Serie A titles and two Champions League wins in his nine years at the club.

He won 78 caps for the Italian national team and was part of their victorious World Cup campaign in 2006.