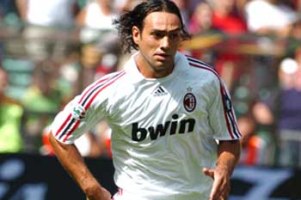 Alessandro Nesta has revealed that he surprised himself with his superb double for AC Milan in their victory over Chievo Verona.

The Italian international defender had not hit the back of the net for two years, but struck both goals in the 2-1 win.

The veteran defender added that it was wonderful night for AC Milan and a new thing for him as he usually never scores.

Nesta added that AC Milan had to win the match to move up to the fourth place and everything went well.

He added that AC Milan is on the right track now and have won a series of important games. He also said that Milan have players who need to attack in order to give their best, so the others must work a bit harder.

Nesta however said that Milan need to work on the way it starts its game as the team concede early.

He also said that the team then has to use up a lot of energy to fight back. Kaladze Wants AC Milan To Hold On To Gattuso