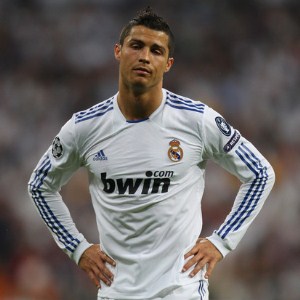 Interesting news are out and it has been revealed that Manchester United boss Sir Alex Ferguson would love to bring Real Madrid star Cristiano Ronaldo back to Old Trafford.

The Portuguese international’s move to Real Madrid has not gone to plan, though Ferguson accepts it will be difficult to bring him back home.

Ferguson, who was in Madrid to watch Wednesday’s stormy confrontation, does not see how that could happen.

“It would be very difficult,” said Ferguson, when asked whether Ronaldo could come back.

“He had a great time here but he is at a great club now too.”

Ferguson, who was at the Champion League clash against Barcelona, continues to think of him as the best player in the world, despite the competing claims of Lionel Messi, and wasted little time seeking Ronaldo out on Wednesday to commiserate at Real’s demise.

“I spoke to him after the game,” said the United chief.

“He had a great time here, we got six years out of him. We got him as a kid and he went to Madrid a man.

“He is enjoying being there and though he might not have been at his best on Wednesday, he is still a great player.” Cesc Fabregas : I Didn’t Quit Arsenal Because I Was Unhappy!