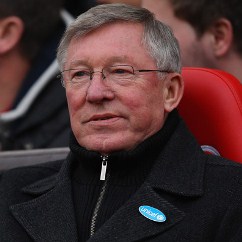 Manchester United won a pulsating two-legged Carling Cup semi-final with City in 2010, but lost at the same stage of the FA Cup last season and Ferguson admits his “noisy neighbours” are not going anywhere.

“The way we and our supporters should look at it is that we may as well get used to it, because they are not going to go away,” the United boss told Inside United.

“We played them in a semi-final last year and the year before, we’re both in the Europa League this year and now we are facing them in the FA Cup.

“So we have to get used to the fact that City are going to be challenging for competitions along with us.

“There’s every chance we’re going to meet at some point, maybe not every year, but on average it’s going to be pretty regular.

“It’s a hard FA Cup draw for us, but it will be hard for them too.”