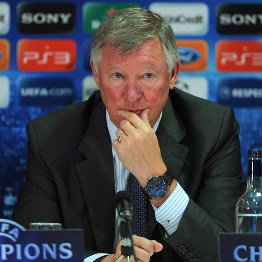 The Manchester United boss would not speak directly about Tevez, a former player at the club, but said Mancini had handled the incident well.

“We have all experienced our own difficulties in management and you cope with it as best as you can. In my own experience strong management is important and there is nobody more important than the manager at a football club.”