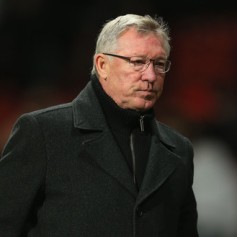 It has been revealed that Manchester United boss Sir Alex Ferguson has already wrote off Arsenal as a title challenger.

United and champions Manchester City are tucked in four points behind Chelsea in what Fergie believes is already a three-horse race.

He said: “There are lot of big games still to come but it’ll be close. Chelsea, City and ourselves are creating that little gap.”