It has been revealed that Arsene Wenger insists Alex Oxlade-Chamberlain’s comeback is on track. 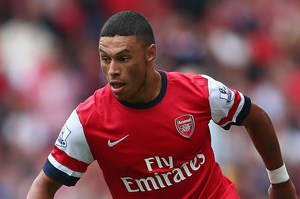 The Arsenal boss quashed rumours that the young England international has had a setback in his recovery from a knee injury suffered on the opening day of the season against Aston Villa.