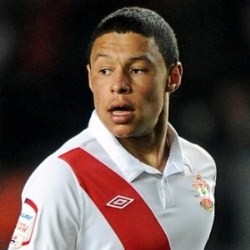 Southampton winger Alex Oxlade-Chamberlain has declared that he wants to join a ‘top club’.

The 17 year old winger has been linked with a move to Arsenal, with the Gunners knocked back in their efforts to sign him in an £8 million deal.

However, the highly rated teenager now claims he wants to move to one of the best sides in the Premier League to test himself further.

He told The Sun : “I’ve heard Arsenal are in for me and to join a top-four club is what I hope for,’.

“When the bus comes along, you have to jump on it and make the most of your opportunities. It’s not every day you get a chance like that. I believe in my own ability and that I have what it takes to play in the Premier League.”

The youngster also added that : “My team-mates understand my position. And I’m sure if they had this chance they wouldn’t turn it down. It’s the same with anyone in any line of work. If you can better yourself, it’s silly not to want to move on and do it.”