It has been revealed that Alex Oxlade-Chamberlain has made a successful playing return for Arsenal. 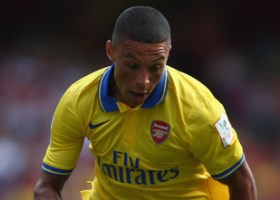 The England international winger is returning from long-term knee injury and completed 45 minutes for Arsenal’s Under-21 side as he ended five months of injury frustration.

Oxlade-Chamberlain came through unscathed in Arsenal’s 1-0 win over Fulham, which was earned by Thomas Eisfeld.

Napoli Will Throw Everything At Arsenal! – Wojciech Szczesny