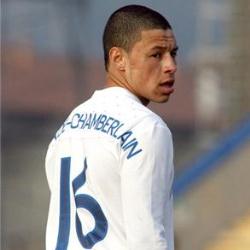 Reports are out claiming that Alex Oxlade-Chamberlain is set to seal his move from Southampton to Arsenal after it was said that the talented youngster is set to undergo a medical with the Gunners.

The highly-rated 17-year old England U21 international travelled to the Emirates Stadium for the medical today after a fee of £12million was agreed between the clubs.

Arsenal now look to have won the race for Oxlade-Chamberlain who has also been a target for Liverpool and Manchester United in recent times.