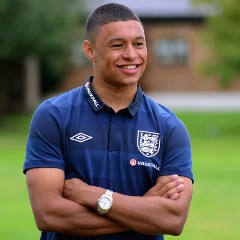 Reports are out claiming that Arsenal are ready to hand winger Alex Oxlade-Chamberlain a new contract.

The Sun reported that talks should start later this month over a fresh deal even though the England midfielder, 19, still has four years to run on his current agreement.

Manager Arsene Wenger has seen the likes of Robin van Persie, Cesc Fabregas and Samir Nasri quit the club, despite his attempts to keep them.

Now he hopes by showing faith in Oxlade-Chamberlain, he can build a new dynasty.