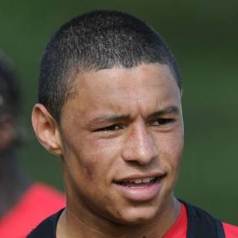 Alex Oxlade-Chamberlain has revealed that he looks up to Arsenal teammate Theo Walcott.

Oxlade-Chamberlain says he still doesn’t think he would beat fellow winger Walcott in a foot race.

“To start off with Theo helped me out a lot, but everyone has helped me especially the manager and coaches,” said the England Under-21 international.

“I’ve never raced him but I think he’s quicker than me even though I hate to admit it.”