It has been reported that Barcelona midfielder Alex Song is backing former club Arsenal to win the Premier League. 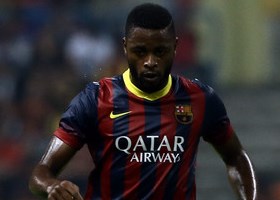 The Cameroon international midfielder has admitted that he is still close to his old team.

“I have seen every league game, they’re doing well. Hopefully no players will get injured, because then it becomes a difficult story.

“It would be great if this season they can win the Premier League. With the players they have signed, they’ve had an excellent start,” said Song. Arsene Wenger Proud To Be Reaching 1,000 Game Landmark For Arsenal