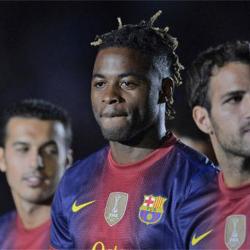 It has been revealed that Alex Song is angry by claims at Arsenal of a bad attitude.

The Barcelona signing was furious when stories appeared — from Arsenal sources — accusing him of being lazy, having a bad attitude and being late for training.

He told The Sun: “I’m really upset. These accusations are hurtful, they are slurs on my character.

“I have the utmost respect for Arsene Wenger. I loved him like a father and he is a fantastic coach.

“He made me the player I am and I am indebted to him for that.

“There was never any trouble between us, so for someone within the club to suggest that really upsets me.”