Reports have emerged claiming that Alexandre Lacazette has admitted that he will not push to leave Lyon this summer. 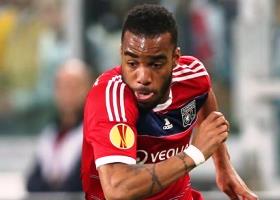 The France international striker is a top target for Liverpool, Arsenal and Juventus after emerging as the leading French striker in this season’s Ligue 1, having scored 15 goals in 33 games.

“My deepest desire is to stay and play in a competitive team.

“I know the club is counting on me,” said Lacazette.