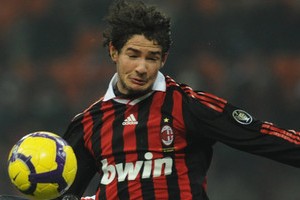 Pato scored twice before pulling up with a suspected thigh strain during Milan’s 3-1 win over Atalanta.

Leonardo told reporters after the game that he is quite worried about Pato but it is also possible that the injury is not all that serious and that everyone is hoping for the best.

There are now concerns Pato will not make the Champions League second-leg clash at Manchester United.