Reports are out claiming that Alexis Sanchez is rediscovering his very best form following a slow start to the Premier League season. 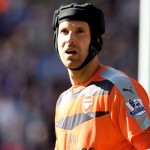 That is the sentiment of Arsenal teammate Petr Cech who heaped praise on the Chilean following his two-goal blast in Sunday’s 3-0 home win over rivals Manchester United.

Alexis now has five goals in his past two league outings and six in three in all competitions, suggesting to goalkeeper Cech that he has worked his way back to top form after winning the Copa America with Chile in early July.

“It’s always hard for the players when you have the Copa America,” Cech told Arsenal Player.

“He won it, he was there for a really long time, didn’t have much break and then came back and needed to start again.

“You could see that everybody from the Copa America had a slow start, in other teams and competitions as well.

“We’re pleased that he’s back with his energy, with his enthusiasm and you can see that he feels confident and with performances like that, it’s great for the team.

“We put in the right intensity and the first goal helped. Once you go one up, you can get the game under control.

“What was good was that we searched for the second and third goals and they came pretty quickly. We managed to get ourselves the advantage and I think we did remarkably well to control the game afterwards.”