The FIFA Confederations Cup is an international tournament, now played every four years, featuring eight of the best soccer nations from around the world.

The eight-team field consists of the six reigning champions of the FIFA confederations (UEFA, CONMEBOL, CONCACAF, CAF, AFC, OFC), plus the reigning FIFA World Cup champion and the host nation.

This year’s event, to be held in Brazil, will serve as a prelude to the sport’s most important show — the 2014 World Cup, also in Brazil.

Here’s everything you need to know about the seventh installment of the Confederations Cup: 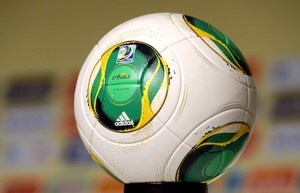 The Adidas Cafusa is the official match ball for the tournament. The name and design combine three important symbols of Brazilian culture: carnival, football (soccer) and samba.

The Cafusa was designed by the same team responsible for the popular Tango 12, used in the European Championship. The ball features 32 thermal panels across a seamless surface, providing a more predictable trajectory and better touch. 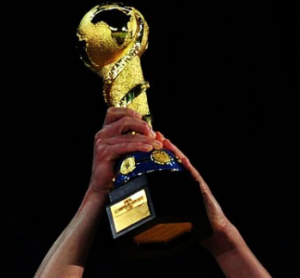 Description: The trophy is a reflection of the tournament’s theme “Festival of Champions.” It has two gold ribbons wrapped around the body in a decorative style that connects six emblems with the name of each confederation on the base. The globe is a reference to the six continents whose national teams participate in the event.

For the first time at a major soccer tournament, goal-line technology (GLT) will be used — a major step forward for a sport which has traditionally resisted video reviews. Every stadium will be equipped with 14 high-speed cameras to ensure accuracy ahead of the 2014 FIFA World Cup.