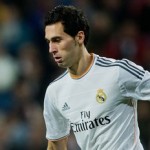 The 31 year old former Liverpool fullback made the decision after being left out of Spain’s World Cup squad.

“It has nothing to do with not going to the World Cup. A decision has been made, I think my time with Spain has passed. I hope they return as world champions.

“My relationship with the fans has always been important. I am grateful for the respect you’ve shown me.”