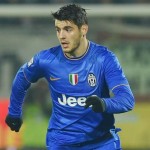 Reports have emerged claiming that Juventus striker Alvaro Morata insists returning to Real Madrid is not an option.

Morata struck in both legs of their Champions League semifinal victory over his former club.

“Going onto the pitch in Madrid and Turin, it felt like training,” Morata told Canal Plus.

“I had to make an extra effort to focus quickly. When I came out of the dressing room at the Bernabeu, I tried to forget my friends [at Real Madrid].

“I saw them everywhere, but I’m a Juventus player, and I did my job. The goal was a huge thrill, but also a bittersweet feeling.

“It’s the most painful goal I’ve ever scored. I want to thank the Real Madrid fans, who have always supported me.

“My future? To think about returning to Spain at this point would be a lack of respect for Juventus.”