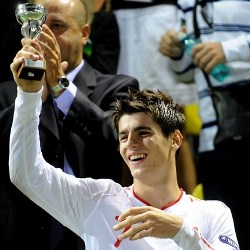 Real Madrid striker Alvaro Morata added to his reputation by winning the Golden Boot for the U19 European Championships.

The 18 year old striker helped Spain to victory in the tournament and his six goals also made him top scorer.

The centre-forward has attracted enquiries from Arsenal, Liverpool, Chelsea and Manchester United this past season.

Morata wants to stay with Real, though coach Jose Mourinho’s search for a new senior centre-forward has cast doubt on his long-term future. 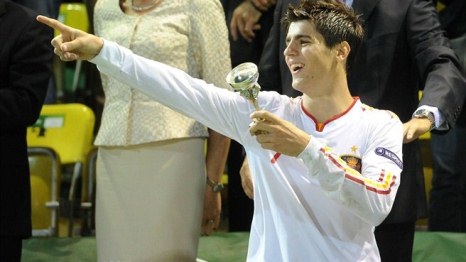