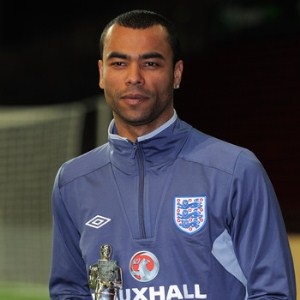 Chelsea boss Carlo Ancelotti has confirmed that Ashley Cole will not be dropped from the first team after accidentally shooting a work placement student with an air rifle.

With defending shampions Chelsea facing title rivals Manchester United on Tuesday, Ancelotti fielded questions about Cole’s place in the side and the Italian has confirmed the left back will not be dropped, but did admit that the defender overstepped the mark.

Ancelotti said : “He will play tomorrow,”.

“We are not happy with what happened but I have spoken with him. He was disappointed and said sorry and that he made a mistake. He said it was an accident and we are taking the proper action. But tomorrow he will play and I feel he is focused to play a good game.”

Ancelotti also said that : “He has apologised,”.

“He apologised to the guys involved, then sorry to his team-mates and then to the club.

“He has stepped over the line and we will take proper action.”

Ancelotti was asked if there was a chance Cole would be sacked. “No, there is no way,” he said. “He is our player. He has always shown good behaviour, and made a mistake. He knows this and now we have to move on.”