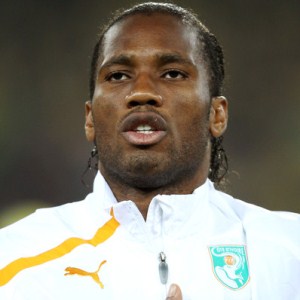 The 32 year old former Marseille forward has made himself a legend at Stamford Bridge over the last six years, leading the line with great success in recent seasons.

Drogba has so far scored three goals in the Premier League this term, and was the league’s top scorer with 29 strikes to his name during the last campaign.

He has been linked with a possible switch to Los Merengues, where he would be reunited with former Blues manager Jose Mourinho, but Ancelotti insists he is going nowhere.

He told Sky Italia: “Drogba to Real Madrid? He is happy to stay here, is happy with his moment and we don’t deprive ourselves of a player like him.”