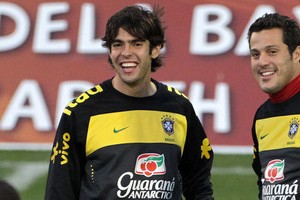 Chelsea boss Carlo Ancelotti has confirmed that he is in regular contact with Brazilian international midfielder Kaka.

Ancelotti also revealed that he would love to tempt the midfield player to the Premier League champions.

Ancelotti worked with the Brazilian at AC Milan and is open to the idea of signing him from Real Madrid, who are now led by former Stamford Bridge manager Jose Mourinho.

The Italian told The People: “Kaka would do well for my cause and I speak to him on a regular basis. It would be a multi-million pound operation.”