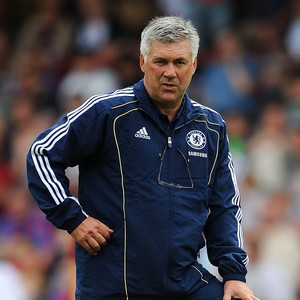 Chelsea boss Carlo Ancelotti believes that Manchester United striker Wayne Rooney can get through his crisis by focusing on his football.

The former AC Milan boss had some words of wisdom for Manchester United’s England striker Rooney – who is expected to be on the receiving end of fan abuse following revelations about his private life.

Chelsea captain John Terry endured the same treatment last season but the Italian coach believes the United star is capable of taking any abuse in his stride.

“A player who has this kind of problem has to stay focused on the match, on his behaviour on the pitch,” said Ancelotti.

“If he does that it’s not a big problem. When you’re on the pitch, you can’t think about the behaviour of the fans.

“You have to play football and stay focused on what’s happening in the match. Everyone knows how John Terry played last year. Maybe it can be a good motivation if the opposing fans are against you. Rooney scored in the last England game. I think he reacted very well.”


Angel : New York Red Bulls Must Be Successful For The MLS