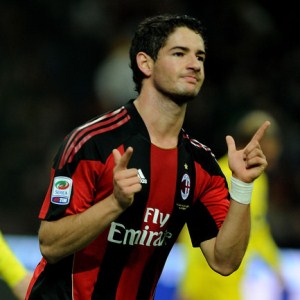 Carlo Ancelotti has revealed that Chelsea will not be making a move for AC Milan striker Alexandre Pato.

Brazil international Pato, who arrived at Milan in 2007, was strongly linked with a move to Chelsea in the summer having worked under Ancelotti at the San Siro.

However, while acknowledging Pato’s talent, Italian boss Ancelotti insists the 21-year-old is no longer on his radar.

“But you cannot ask for any more from him (in terms of) talent.

“However, he will not come to Chelsea.”

Ancelotti feels Pato’s compatriot Kaka, who the Italian boss also worked with at Milan, has more to offer at his current club Real Madrid.

“He is not a finished player,” added Ancelotti. “He will come as good as before.”