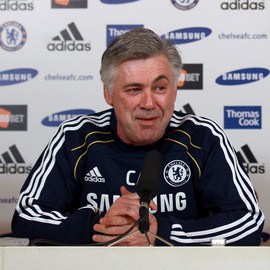 New Real Madrid boss Carlo Ancelotti may just dent Arsenal’s hope of signing Gonzalo Higuain as he hopes to offer the player and Fabio Coentrao as makeweights in a players-plus-cash deal for Tottenham’s Gareth Bale accroding to The Times.

Higuain is an especially controversial player to propose to Spurs, as it is believed that the Argentine striker is on the brink of joining north London rivals Arsenal.

But the paper says that in 2011 Andre Villas-Boas attempted to sign Higuain – when he was manager at Chelsea.
Spurs are in the market for at least one striker this summer, so Higuain’s proven class could tempt them – while 25-year-old Coentrao, a £24m acquisition for Madrid just two years ago, still appears to have his best years ahead of him.

The Times decline to mention how much the ‘plus-cash’ part would be if Higuain and Coentrao were included in the deal, but repeated the estimate of £85m for a straight cash deal.