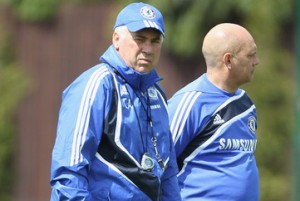 Interesting news are out and it has been reported that Chelsea boss Carlo Ancelotti is pushing to have a deal closed for Liverpool midfielder Yossi Benayoun this week.

The Jewish Chronicle has reported that Ancelotti needs a cover for Joe Cole who has been released and Ancelotti is concerned that the change of management, and perhaps ownership at Anfield, could scupper Benayoun’s move. He therefore wants the Israeli’s signature on a four year contract within the coming few days.

Benayoun, now age 30, has agreed a four-year contract with Chelsea worth in the region of £80,000 pounds a week.

Liverpool and Chelsea have yet to agree a transfer fee but it is expected to be about £6.5 million.