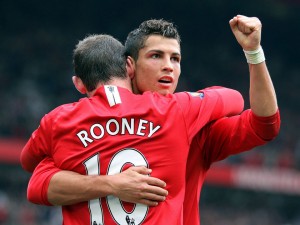 Carlo Ancelotti will offer Wayne Rooney an escape route if he takes over as Real Madrid boss, writes the Sunday People.

Rooney will head off on England duty on Sunday with his Manchester United future clouded in doubt.

Any potential peace offering from new Old Trafford boss David Moyes will have to wait.

But Perez is determined to get his man – and start rebuilding at the Spanish giants, with a £25million move for Rooney on the cards.

Real do not want to lose United old boy Cristiano Ronaldo, so an exchange deal is not on the agenda.

Rumours of interest in Rooney from PSG, Arsenal and Chelsea have not yet led to concrete moves from those clubs.

Those closest to the England striker maintain his wish is to stay at United – but if he does go, it would ideally be to Real.