Reports are out claiming that Athletic Bilbao midfielder Ander Herrera refuses to be unsettled by talk of Manchester United reviving their summer bid for him. 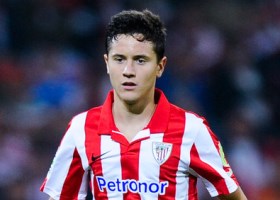 The Mirror claims that a midfield injury crisis has left the Premier League champions struggling for depth in the centre of the park and David Moyes is actively looking for recruits in January.

Herrera said: “I appreciate both Manchester United’s interest in me and the fact that I am considered so important to Athletic that they did not accept any bid for me.

“That means that Athletic values me above money and trust in me more than money for our current project. I’m right where I want to be. I’m not a player who wants to change teams, I’ve taken root at Athletic and it is the perfect place for me to be.”