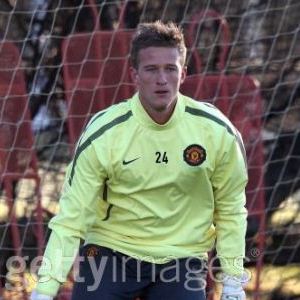 The Danish goalkeeper’s first half comprised little more than organising his defence and clutching occasional crosses.

Lindegaard passed his first test with flying colours; organising his defence well and making one particularly eye-catching save to pluck an effort from the air as it headed for the top corner.