It has been reported that Barcelona chief Andoni Zubizarreta has moved to block their deal for Chelsea defender David Luiz. 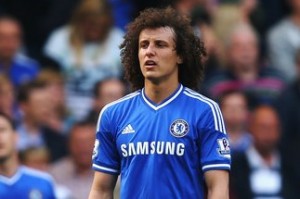 It’s understood personal terms with the Brazilian international have already been struck and the outline of a fee has been agreed with Chelsea.

However, Zubizarreta is unhappy, says El Mundo Deportivo, and wants to abort the transfer.

Zubi feels Luiz will struggle with the demands of playing for Barca, convinced he lacks the tactical nous to fit into their system.

However, nothing has been settled, as the Brazilian’s arrival is still favoured by some on the Barca board.