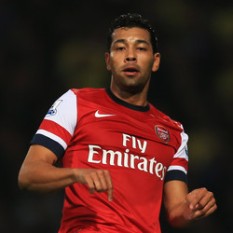 It has been revealed that Arsenal fullback Andre Santos accepts he could be on his way in January.

The Brazilian said: “Some clubs from Turkey have called me.

“I want to keep playing, wherever that is.”

Arsene Wenger Insists Olivier Giroud Back To His Best