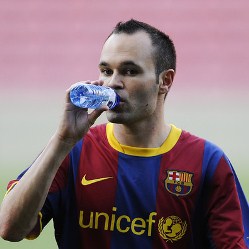 Andres Iniesta has again spoken of his desire to have Arsenal’s Cesc Fabregas at Barcelona.

The Gunners skipper continues to be linked with a Nou Camp return and Iniesta has again spoken out about how good it would be to have the 24-year old back with the Blaugrana.

Iniesta told ESPN : “We have said it many times before. We would be thrilled with his arrival,”.

“We are speaking about one of the best, but it all depends on the two clubs as well as the player’s wishes.”