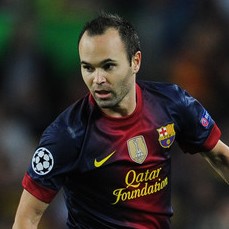 It has been revealed that Andres Iniesta was delighted with Barcelona’s 3-1 win over Celta Vigo.

The team broke Barca’s record for their best-ever start in La Liga.

“The fact that we broke the record says a lot about the team. We’re very eager to do a good job and I’m sure the team will improve,” said Iniesta.

“I’m sure that we’ll have difficult moments this season, but we have to take advantage of this situation.

“It’s almost impossible for Messi to have a bad game. He had a couple of chances today but he was unlucky in front of goal.”