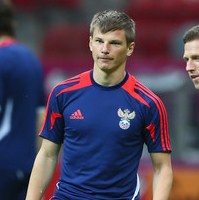 Andrey Arshavin has revealed that he could be on the move from Arsenal.

It is said that the Russian international midfielder is considering his options after Russia’s Euros elimination.

He told Sport-Express: “Of course I wanted to play better in the tournament. People like to point fingers. Throughout my career, so much has been poured on both on me and my teams that another bucket doesn’t make a lot of difference.

“Every man will find the explanation that he wants to find (for our failure).

“I definitely want to be in the fight to get to the World Cup.’

“I’m going to relax for a week. I have a valid contract (with Arsenal), so the question of my employment is not so acute. But it is possible there will be options.”

Real Madrid Not Interested In Selling Jose Rodriguez To Arsenal