It has been reported that Tottenham winger Andros Townsend has taken aim at Arsenal goalkeeper Wojciech Szczesny. 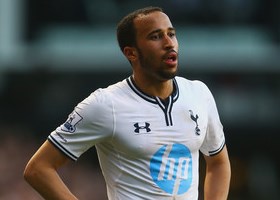 The England international star has criticised Szczesny’s decision to take a selfie on the White Hart Lane pitch after Arsenal’s 1-0 win against their north London rivals.

Asked whether he’d be replicating the Pole’s selfie if Spurs beat Arsenal next season, Townsend told FourFourTwo: “Definitely not – there’ll be no selfies from me on the pitch. You’re there to play football, you’re not there to take pictures of yourself on the pitch and gloat.

“That kind of thing can come back to bite you on the bum. You can take a picture of yourself smiling one week and then the next week you get turned over.”