Andy Carroll has admitted that his mind is on making England’s World Cup squad. 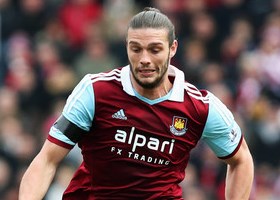 The West Ham United striker made his first start since his sending-off against Swansea City on 1 February and he is now aiming to finish the season strongly.

If he does, the England international is hoping to force his way into Roy Hodgson’s 2014 FIFA World Cup squad.

The 25 year old told whufc.com: “I feel good. I’ve been working hard in training through my suspension and I’m feeling good and feeling fit.

“We’ve been doing well when I haven’t been playing, keeping clean sheets and getting the points on the board to get us out of the relegation zone and up into tenth. It’s been all positive.

“The World Cup is on my mind, of course it is, but I’ve got to start scoring goals here and start winning games before that comes.”