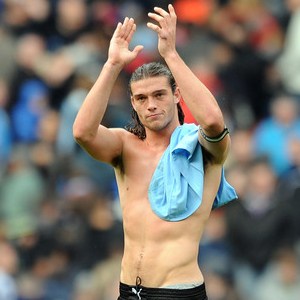 Newcastle striker Andy Carroll has pleaded guilty to common assault at Newcastle Crown Courtbeen and has been handed a £1,000 fine.

The 21 year old was accused of assault occasioning actual bodily harm (ABH) after an incident in the city’s Blu Bambu club on December 7 last year.

The 21-year-old entered a not guilty plea to the original charge, but pleaded guilty to the lesser charge of common assault and now has to pay £1,494 in costs and £2,500 in compensation, as well as a £1,000 fine.

Sentencing, Judge Esmond Faulks said: ”The prosecution accept you did not intend to injure Mr Cook, so that what happened to him was effectively an accident. In these unusual circumstances I can proceed to deal with you by way of a financial penalty.”

Following the verdict, a Newcastle United spokesman said: ”Andy is happy that this matter has now been concluded and that he can concentrate on playing football for Newcastle United.”