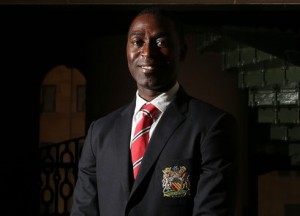 Van Gaal, the former Ajax, Barcelona, Bayern Munich and current Holland coach, will be confirmed as United’s new manager in the coming days.

The former England international striker remarked: “We are hoping this is the one that can bring us success again.

“It has only been one season when we haven’t won anything – that is how crazy it is, that it is doldrums – but he has got the experience of managing at big football clubs.

“He has not managed in England but experience is massive, especially at a football club of this magnitude.

“He has European experience, knows how to deal with big-name players and has a history of bringing through kids as well.

“To have managed at those clubs he has managed at, you need something special.”