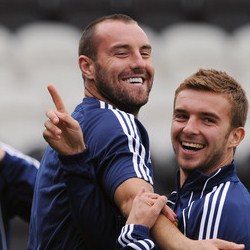 It has been revealed that Middlesbrough striker Kris Boyd is being targeted by Turkish clubs Antalyaspor and Bursaspor.

It is said that the Scotland international has found life difficult since moving to Middlesbrough from Rangers in the summer and has apparently been given permission to depart the Riverside after just six months.

The 27-year old scored over 100 Scottish Premier League goals in just under 150 appearances for Rangers between 2006 and 2010 but has failed to deliver on the Teesside, with only five goals in 22 league matches.

He was close to moving to Turkey prior to his shift to Middlesbrough and now could be on his way to the Super Lig as ‘Boro boss Tony Mowbray attempts to revive a flailing season.


Christian Benitez On The Verge Of Joining Celtic