It has been revealed that Antonio Conte is expected to remain in the Italy job. 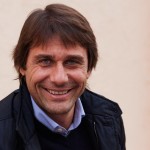 Rumours emerged last night that the 45 year old was ready to resign barely months into the post.

However TMW says Conte is comfortable with the position, but is seeking more co-operation from Serie A clubs.

The Azzurri coach will soon meet with managers for clear-the-air talks and hopes to gain more understanding from clubs over the demands for national team success.

Conte also hopes to add Cristian Stellini as his No2 in 2015. United Would Be ‘Crazy’ To Pay Parents, Says Alex Ferguson