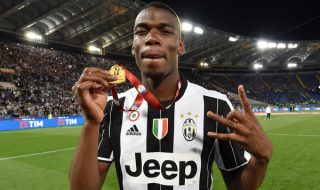 Reports are out claiming that new Chelsea boss Antonio Conte is pushing to prise Paul Pogba away from Juventus.

Former Juventus boss Antonio Conte, who signed Pogba on a free transfer from Manchester United in 2012, has told the Blues they must make an attempt to sign the central midfielder to avoid any repeats of last season, but club chiefs could be forced to stump up as much as £76million.

Get French Football News says that Chelsea are in constant contact with Pogba’s entourage as they look to tempt him to Stamford Bridge, with the player represented by Zlatan Ibrahimovic’s agent Mino Raiola.

Former club United are also keen, with the Red Devils believed to have submitted a bid earlier this month. Man Utd, Arsenal, Set To Do Battle For Marco Reus