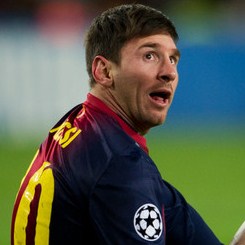 Anzhi marketing consultant German Tkachenko has revealed that they are not the unnamed Russian club which offered €250 million for Barcelona star Lionel Messi.

Since it broke that the Argentine rejected a €90 million contract offer from Russia, it’s been claimed the club in question was Anzhi.

“There isn’t a shred of truth in it,” Tkachenko told Sport-Express.

“Asking a question about this, let alone writing about it, shows a lack of understanding about how Anzhi’s sporting model is designed and what its principles and priorities are.”