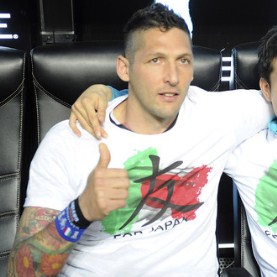 Interesting transfer news are out and it has been revealed that Anzhi want to bring former Inter Milan defender Marco Materazzi to Russia.

The veteran centre back left Inter at the end of last season and remains without a club. Anzhi are keen, but want Materazzi to hang up the boots and take a front office role.

Anzhi chief German Tkachenko admits they’re in talks with the World Cup winner, who is due to fly to Dagestan for talks in the coming days.

Cristian Chivu Emerge As A Target For Napoli