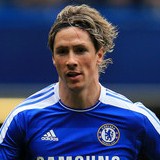 Interesting transfer news are out and it has been revealed that Anzhi Makhachkala are preparing a raid for Chelsea’s in-form striker Fernando Torres.

The Daiy Mail reported that the Spanish international striker is a target for the rich Russian club Anzhi.

The World Cup winner is starting to show the form that persuaded Roman Abramovich to pay Liverpool £50m for him in January 2011.

He has started four of the seven matches since interim boss Roberto Di Matteo took charge, scoring twice — albeit in an FA Cup clash against Championship side Leicester.

But whether Torres stays at Stamford Bridge next season remains to be seen — and Anzhi have earmarked the Spain striker as a summer arrival.