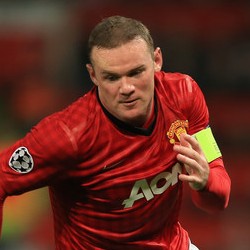 Anzhi Makhachkala director Roberto Carlos has revealed that they are set to make an offer for Wayne Rooney.

The 27 year old Manchester United striker has been a target for Anzhi recently with the Brazilian great confirming that a bid will one day be made for the England international.

“Why not? [Rooney] is one of the best players in the world and any team would be happy to have him in their squad,” he told Sky Sports News.

“He’s still a very young player. Of course I could not say when, and if, it will happen.

“[Anzhi owner Suleyman Kerimov] is capable of doing everything. If the owner of Anzhi has a wish to buy somebody, he will go and do it.
“But we are trying to change the image of the club. It’s not just about money. Of course we are going to buy good players but not only international players – we want to sign good Russian players that are not that expensive.”