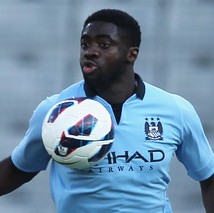 It has been revealed that Anzhi Makhachkala are moving for Manchester City defender Kolo Toure.

However it is said that City boss Roberto Mancini does not appear to be in a rush to sell the centre back.

He expressed his concern that Toure will be called up by the Ivory Coast for the Africa Cup of Nations, along with his brother Yaya and Abdul Razak.

“I hope they don’t go to the competition but it’s difficult. We need to talk to the manager,” said Mancini.

“If we lost Yaya, Kolo and possibly Abdul, even though he doesn’t play a lot of games here, it could be difficult for us if we have injuries and we don’t have other players.”