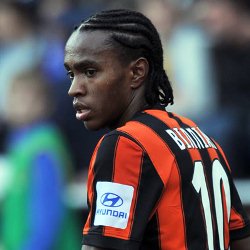 The Russian club Anzhi Makhachkala have signed the highly coveted Brazilian playmaker Willian from Shakhtar Donetsk in a deal worth €35m (£30m).

Anzhi said on their website that Willian had signed a “long-term” deal with the club and will arrive at their training ground on Saturday.

Shakhtar, on their website, thanked Willian “for the years spent at the club, for his goals and professionalism”. They added: “We wish our former player success in his new team.”

Willian played a key role in helping Shakhtar reach the knockout round of the Champions League this season. His departure deals a big blow to the Ukrainian team’s chances of overcoming Borussia Dortmund in the last 16.

He becomes the latest marquee signing for Anzhi, the big-spending Russian club who are coached by Guus Hiddink and also include the Cameroon striker Samuel Eto’o.


VIDEO: Nacho Monreal will integrate quickly with the team – Wenger