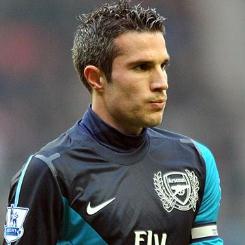 Sensational news are out and it has been revealed that Anzhi are launching a bid for Arsenal captain Robin van Persie.

The Sunday Mirror says Guus Hiddink’s Anzhi Makhachkala are ready to tempt the Arsenal striker with a three-year contract worth £45million.

Anzhi owner Suleyman Kerimov, one of the richest men in the world, has told Hiddink the best players can earn over £300,000 a-week net at his club. That’s over £15m a-year and it’s tax free.